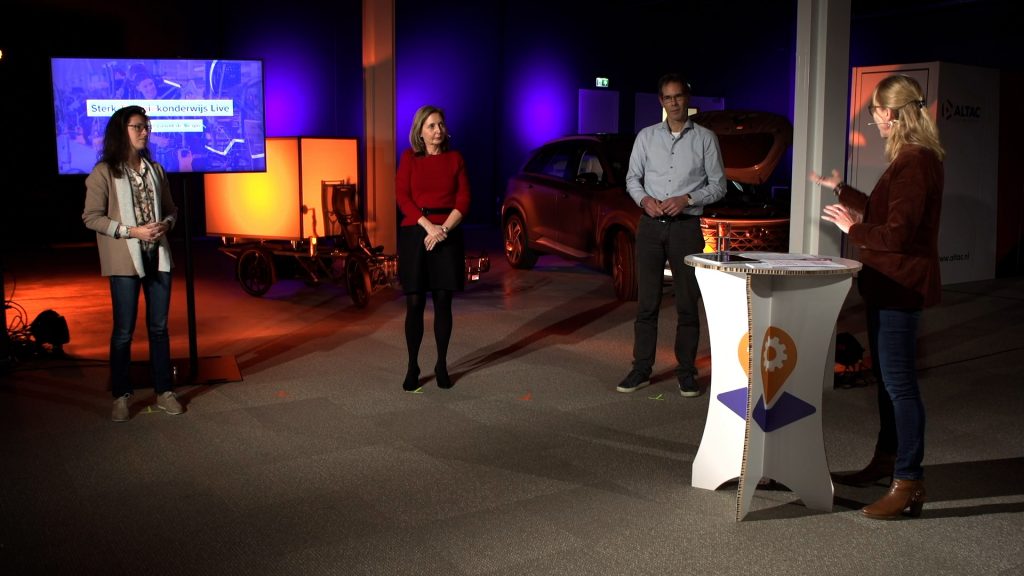 From September 2018, an average of 100 million extra Euros per year will be invested in technology education in the VMBO (preparatory middle-level vocational education in The Netherlands).

As part of this mission, the Streaming Guys produced a series of online broadcasts that provided explanations with practical examples.

The Streaming Guys were closely involved in developing the concept and executing the technical realization, design and content of the broadcast.

Various schools in the country where transformed into full television studios. Using four cameras the broadcast was directed into a live and interactive program. In addition, developed graphics, video playouts and a zoom integration were used so that guests could also participate in the discussion remotely.